Mangosteen is one of the most admired tropical fruits and is known widely as the Queen of Fruits for its beautiful purple-blue pericarp and delicious flavor. The edible portion of the fruit is sweet to sour in taste, juicy, and fibrous. The fruit pericarp also contains many chemical compounds that have possible medicinal value.

Mangosteen, native to Indonesia, is widely cultivated in Cambodia, India, Thailand, Malaysia, Sri Lanka, Vietnam, the Philippines, and Africa. The edible portion (aril) consists of white flesh with tiny nonedible seeds. The pulp, the only part consumed, has excellent flavor, proclaimed by many as the best among tropical fruits. The fruit contains maroon-to purple-colored thick skin with gummy latex. The mangosteen pericarp contains high levels of xanthones, a class of phenolic compounds showing antioxidant properties and potential medicinal benefits. 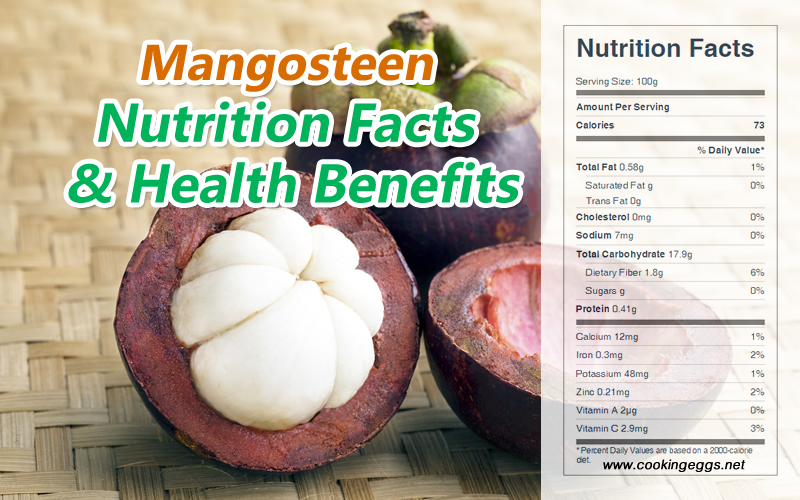 Mangosteen is a most valuable fruit as a result of its high antioxidant content and other beneficial nutrient components. The most significant active components of mangosteen are xanthones (strong antioxidants; the most significant xanthone found in mangosteen is α-mangostin) and vitamins. This makes it a good natural agent in the fight against all manner of diseases, including cancer.

The rind, leaves, fruit, and bark of mangosteen have been used in folk medicine for thousands of years. The rind of the fruit, which contains resin, is used to stop diarrhea, dysentery, and wound infection in Southeast Asia. The bark and young leaves are effective against ailments of the genitourinary tract and are used in the formulation of astringent medicines for use in dysentery and enteritis. Research shows that mangosteen extract can help reduce the build-up of fat that leads to steatohepatitis. There are a number of therapeutic benefits associated with mangosteen: cardioprotective, antiinflammatory, anticarcinogenic, antioxidant, antiallergic, antibacterial, antifungal, antiviral, cytotoxic, antidepression, anti-Alzheimer, antiglaucoma, and antideterioration.

In traditional medicine, mangosteen fruits are recommended to be used to treat stomach ulcers and acidity. It has also been used against skin disorders (psoriasis and eczema), wounds, infections, and diarrhea. Juice prepared from fruit rind is believed to be of high medicinal value and is effective for treating digestive disorders, acidity, rheumatic pains, and constipation in humans. In addition, the rind portion is recommended to treat abdominal pain, diarrhea, inflammation, skin infections, and common wounds.

Anticancer Effect of Mangosteen
The distinctive physical and chemical properties of xanthones show promise for dietary chemoprevention due to their putative health benefits and the protection they clearly provide. Many xanthones from mangosteen, including mangostin, possess anticancer properties that could be used in prostate, breast, lung, colorectal, and cutaneous cancer by initiating and regulating cell death pathways, suppressing cancer cell propagation and spread, and arresting the cell cycle. In another study, it was found that both the antimicrobial and antitumor activities of mangosteen ethanol extract highlighted the possibility of its therapeutic use in infectious diseases and in cancers such as melanoma.

Antifungal Effect of Mangosteen
A study showed that the mangosteen peel extract contains alkaloids, saponins, triterpenoids, tannins, phenolics, flavonoids, glycosides, and steroids. Eleven out of twenty isolates of endophytic fungi that were obtained from mangosteen pericarp have antimicrobial activities belonging to Aspergillus, Penicillium, Trichoderma, Alternaria, and Fusarium genera. Mangostin shows promise as a good antifungal candidate against Colletotrichum gloeosporioides and Neosartorya spathulata. Mangostin was the most effective against fungal strains. A dichloromethane extract from mangosteen showed a pronounced inhibitory effect against Plasmodium falciparum and Trypanosoma brucei.

Antioxidant Effect of Mangosteen
The mangosteen fruit encompasses rich amounts of phytochemicals and has high polyphenolic content (phenolic acids, anthocyanin, proanthocyanidin, and xanthone) and cyanidin-3-sophoroside and cyanidin-3-glucoside. They have a high antioxidant potential. In addition, Mangostin inhibited cardiac adenosine triphosphate (ATP) and phosphocreatine levels, which decreased in the reperfused myocardium. Mangosteen peel extract could be supplied as a food additive due to its antioxidant properties, which increase the shelf life of food by means of avoiding lipid peroxidation. It could also be used as a protective oxidative burst in living systems.

An ethanol extract of the fruit case of mangosteen, which is rich in xanthones, has also depicted moderate inhibition on α-glucosidase activity, so that it could elicit reduction of postprandial blood glucose levels. The most abundant xanthone in mangosteen, α-mangostin, has been proven to show many different health benefits, including an antioxidant-defense effect and an anti-cancer effect. The diversity of actions displayed by mangosteen xanthones shows that these compounds target multiple signaling pathways involved in different pathologies, placing them as valuable sources for developing new drugs to treat chronic and degenerative diseases.

Mangosteen Interaction With Drugs Based on laboratory studies, mangosteen may possibly increase the risk of bleeding when administrated with acetyl salicylic acid (Aspirin), anticoagulants such as warfarin (Coumadin) or heparin, antiplatelet drugs such as clopidogrel (Plavix), and nonsteroidal antiinflammatory drugs such as ibuprofen (Motrin, Advil), or naproxen (Naprosyn, Aleve). Mangosteen may have an antihistamine effect. Therefore, caution is advised when taking antihistamine medication. Due to its antioxidant effects, mangosteen may cooperate with chemotherapeutic agents (i.e., anthracyclines, platinum compounds, and alkylating agents) whose mechanism of action involves oxidation. Moreover, mangosteen may possibly inhibit phosphodiesterase; therefore, close attention should be given to patients taking phosphodiesterase inhibitors.