The loquat is a species of flowering plant in the family Rosaceae, native to south-central China. It is now widely cultivated in more than 20 countries. Loquat fruit is a small, summer-harvested fruit and is regarded as a functional fruit because of its special nutritional content. 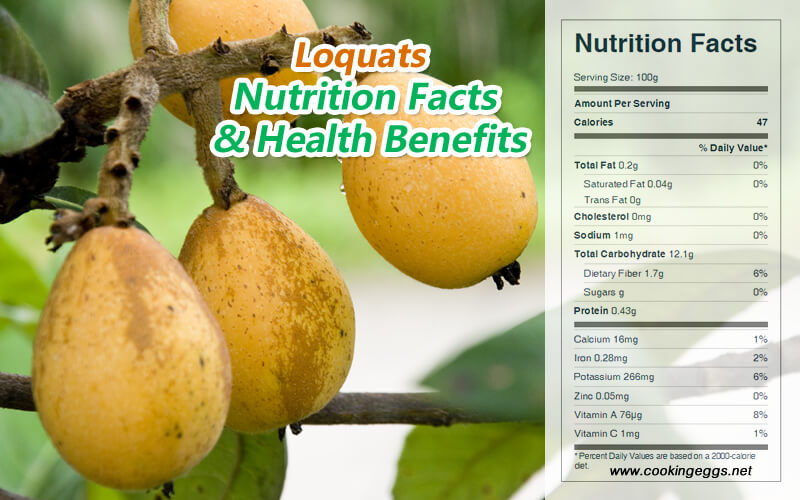 Loquat is a plant with high medicinal value, and different parts of the plant have been used historically as folk medicines for thousands of years. Loquat extracts have been used for the treatment of coughs, chronic bronchitis, inflammation, diabetes, and cancer in Chinese folk medicine. For example, loquat leaves are rich in phenolics and triterpenes; the pulp is rich in sugars, organic acids, flavonoids, phenolic acids, and vitamins; and the kernel is a good source of proteins, starch, tannins, and minerals.

The loquat pulp has high sugar, acid, is rich in dietary fiber, and pectin. It is eaten as a fresh fruit and mixes well with other fruits in fresh fruit salads or fruit cups. Pectin holds back moisture inside the colon and thus functions as a bulk laxative. Pectin has also been shown to reduce blood cholesterol levels by lowering its reabsorption in the colon through binding bile acids, resulting in its excretion from the body.

Loquat extracts have been used for a long time as a traditional medicine to treat pulmonary inflammatory disease. Recently, the mechanisms of anti-inflammatory activity of loquat extracts were studied. Amygdalin in loquat leaves can be metabolized into hydrocyanic acid and benzaldehyde, which can relieve cough and have anticancer and analgesic effects. The essential oils of loquat leaves have expectorant and antiasthmatic effects. The common loquat pastes or syrups on the market are mainly made from loquat leaves, and they are very convenient and effective in treating coughs, sore throats, hoarseness, and other symptoms. Ursolic acid (UA) and hawthorn acid of loquat leaf have antiinflammatory effects, and the ethyl acetate loquat leaf extract has a significant inhibitory effect on the growth of Staphylococcus aureus and Streptococcus pneumoniae. In addition, loquat leaves also have potential in the treatment of arthritis and systemic urticaria. According to a Japanese study, loquat leaves cannot only make the skin smooth and delicate, but they can also eliminate prickly heat rash and other skin inflammations, which makes them a good ingredient for skin care recipes.

Loquat fruit is delicious and is a good source of carotenoids. They play multiple roles in maintaining human health, serving as powerful antioxidants, valuable chemopreventive agents, and important immune modulators. The research shows that β-carotene, β-cryptoxanthin, lutein, and violaxanthin are the main carotenoids in loquat fruit. They are called provitamin A. Vitamin A is required for the growth and health of the human body and can help protect the retina.

In addition, the ethanol extract of ofloquat seeds provides a rich source of polyphenolic antioxidants. A moderate intake of such antioxidant-rich seeds may be beneficial to human health. Ample evidence has suggested that LDL oxidation plays an important role in the pathogenesis of atherosclerosis. Thus, it is reasonable to conclude that the high content of epicatechin, EGCG, and procyanidin B2 found in the loquat seeds was responsible for the antioxidative ability of scavenging the free radicals and reducing LDL oxidation.

A study showed that EGCG is the most effective free radical scavenger in green tea. Consumption of epicatechin-rich cocoa powder reduces the susceptibility of LDL to oxidation in humans. Epicatechin and procyanidin B2 contribute to the activity of cocoa to protect LDL from oxidation.