Edamame is a type of immature soybean that has gained popularity in the United States over the last few decades. Edamame is an impressive source of protein and phytoestrogens. Here are the nutritional benefits of edamame.

A cup of soybeans provides more than half of the daily recommended value of protein for the average adult—in less than 300 calories. Soybeans do, however, contain a fair amount of fat—11.6 grams per cup, of which 2.2 grams are saturated fat. 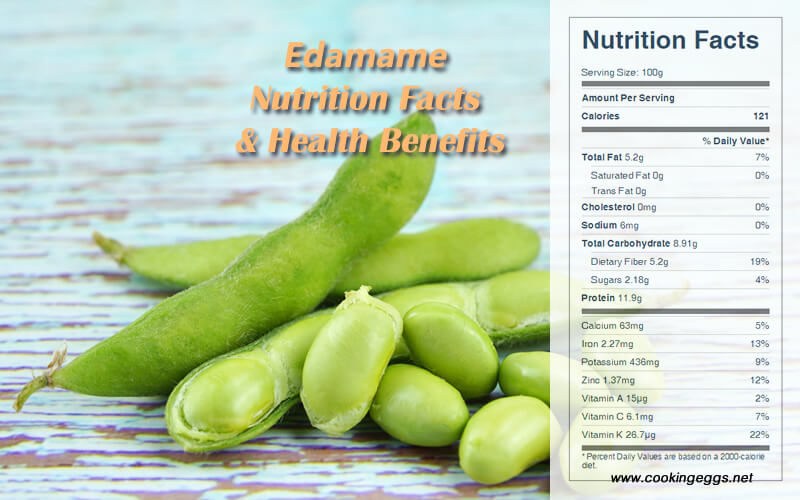 The nutritional composition of edamame beans

Edamame are young, green soybeans in their pods, cooked by boiling, which make a great snack—high in fiber and protein, and rich in calcium and potassium. The United States Department of Agriculture states that edamame beans are a “soybean that can be eaten fresh and is best known as a snack with a nutritional punch”.

Edamame has a significant nutrient-dense profile with its high levels of fiber and copper. It’s also a tasty source of protein, and it may have anticancer potential for some people.

The phytochemical composition of edamame features two phytoestrogens: genistein and daidzein. Studies have linked them to lowering the risk of developing breast, prostate, and other cancers.

Cooking the soybeans increases their available isoflavones, including daidzin, genistin, and genistein. Genistein has been investigated for its role in limiting the size and number of fat cells, possibly acting as an aid to preventing weight gain.

Soy isoflavones may also reduce the risk of heart attack.

Green soybeans are an excellent source of numerous B-complex vitamins, particularly riboflavin, pyridoxine, thiamin, pantothenic acid, and niacin. The majority of them participate in the metabolism of carbohydrates, proteins, and fats as co-enzymes.

As a plant source of protein, edamame provides a key component of a healthy diet. Protein supports detoxification pathways in the body. At 9 grams of fiber per serving, it boosts our overall gut and immune health.